A Fundraising Mantra During COVID-19: Keep in Touch with Your Donors

By John MarshallJuly 24, 2020July 27th, 2020All Posts, Commentary, Donor Cultivation, Fundraising, News You Can Use, Planned Giving
No Comments 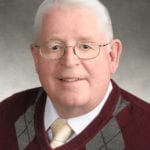 No corner of our society has escaped the impact of COVID-19, including the non-profit sector. Charitable organizations have been forced to look at how they are delivering services and their fundraisers are being counted on more than ever to raise the funds needed to keep the doors open.

It hasn’t been easy, yet there is evidence to indicate that we should be encouraged. Consider the findings of a Fidelity Charitable study which polled a significant cross-section of donors and found that 25% planned on increasing their giving; 74% will maintain their level of giving; and only 9% indicated that they would decrease their giving, largely due in part to concerns about a possible recession and the economy in general.

My daughter is a major gifts officer at Dartmouth College where she has served for the past nine years. We have been chatting over the past several months about the challenges of fundraising and the limitations imposed by COVID-19. It has been rough going, but she recently shared with me that at the close of Dartmouth’s fiscal year, the college had actually raised more than had been raised in the previous year. Her explanation was that the Development department had made a concerted effort in reaching out to the college’s donors…..to stay in touch and to not first and foremost ask for a gift.

Throughout my 45 years in this business, I have made it a priority to communicate with donors on quite a regular basis. Occasionally I was criticized for spending too much time in this manner, but I turned a deaf ear to such sentiments….it worked for me and my donors nearly always were grateful for the extra attention. Donors and their needs always came first, ahead of whatever organization I was associated with (well, as long as it was legal!). I can tell you such an approach served my fundraising objectives quite nicely….and to those donors I was privileged to be associated with as well.

During this unprecedented time we find ourselves in, keeping in touch with donors should be a top priority for you. This is particularly the case with older generation donors, those who we know are within the highest risk age group for contracting the virus. So many of them are genuinely nervous and fearful and may have already been impacted emotionally. And with an uncertain economy, many are beginning to wonder if they are going to have enough to live on. As fundraisers, we absolutely must take this into consideration and help assuage those fears.

Older donors can feel particularly unsure of how to direct their giving. They genuinely want to help but may be seeking guidance on how to deliver their support and for what. Your communication can make all the difference with a needful donor. What you say and how you do so can go a long way in reducing any mistrust by the donor. In other words the more they know, the better.

To Ask or Not to Ask?

Everyone I talk to about the best approach for fundraising during COVID-19 is stressing the importance of not initiating contact simply to ask for a gift. In my opinion, that has the potential for not being received well by your donor and bring about anything but your desired outcome.

I would suggest that when making your phone call that you make certain to cover the following:

You might want to make it a practice of reaching out to your donors every two to three weeks.

Now IS the time for Planned Giving

Let me say a few words about the impact COVID-19 is having on planned giving. I said earlier that things were not as bleak as they might seem when I referenced the findings of the Fidelity Charitable study. Loyal donors are and apparently will continue to be supportive, but we also know that in many cases, gift size is being impacted. That is to be expected given the reasons I stated previously.

If you find yourself faced with a donor who has previously been very supportive in a current gift manner but because of COVID-19 is now reluctant to do give as generously, you might find great success in sharing the many benefits planned giving can provide. That donor might be encouraged to seriously consider naming your organization as a beneficiary within their will. Or you might want to introduce them to the charitable gift annuity with its guaranteed life income payments as well as attractive tax incentives. Keep in mind: your donors genuinely want to help so do everything you can to assist them in accomplishing their objectives through suggesting potentially different strategies.

Folks….as fundraisers, we will get through this pandemic. However, while it remains with us, make certain to “reach out and touch” those who have and will continue to make a difference for your organization. Show that you care by exerting great humility and compassion.

John Marshall is a Senior Consultant with Byrne Pelofsky and an expert in planned giving. For more information on donor relations, cultivation and planned giving campaigns, contact John at jmarshall@byrnepelofsky.com.