By Lori KodanazOctober 20, 2022All Posts, Byrne Pelofsky Client Fundraising Success, Grants, News You Can Use
No Comments 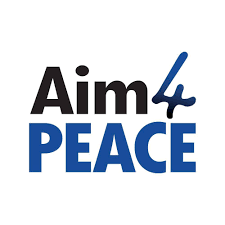 Byrne Pelofsky is proud to announce that our client, Aim4Peace, was awarded a $2,000,000 grant from the U.S. Department of Justice (DOJ). Aim4Peace is a Community Violence Intervention and Prevention program run by the KCMO Health Department, that targets firearm-related crime reduction.

Only 21 awards of this size were granted to cities and civic organizations across the country who work to reduce community violence. Most impressive, within the Aim4Peace program category, only six grants were awarded nationally.

“The grants announced today, which will go directly to supporting community violence intervention efforts, are an important part of our strategy to leverage the full force of the Department including all 94 U.S. Attorney’s offices, our law enforcement agencies, and grant-making components to combat violent crime and keep communities safe,” said Attorney General Merrick B. Garland in the press release.

“With this $2,000,000 grant awarded to us by the Bureau of Justice Assistance (BJA), we can now act on promising plans we developed to reach additional communities held captive by and grieving the violence building around them,” said Rashid Junaid, Program Manager for Aim4Peace. “Through the years, the Kansas City Health Department’s Violence Prevention Program has intervened to diffuse thousands of volatile conflicts, saving lives and changing life courses for high-risk individuals who may have been injured, killed, or sent to prison because violence was their first response,” he continued.

Aim4Peace is a program within the KCMO Health Department and was initiated in 2008. It is a partner of and was modeled after the internationally acclaimed, evidence -based Cure Violence model. The organization coordinates prevention strategies at the individual, relationship, community, and societal levels and has partnered with neighborhood teams, the Kansas City Public School District, the KCMO Police, mental health providers and others to implement hundreds of community-level activities.

“Throughout the grant writing process, we knew every section was in competition with other top-notch programs across the country,” said Roush Morse. “In every meeting and call with the Aim4Peace team, we kept our focus on the goal: Kansas City needed these resources. Our Neighborhood Outreach Team was disbanded because of federal funding cuts. Rashid and his entire team was completely committed to securing support to relaunch Neighborhood Outreach. I hope all of Kansas City recognizes that there is an organization out there that does this work every day to address violent crime. Thank you, DOJ for hearing us!”

Federal funding dried up during the previous administration and all resources were disbanded in Kansas City. During this gap, gun violence in the target population has escalated. Kansas City now has a violence rate that is three times the state average.

This critical four-year funding will allow the program to be reinstated and strengthened by adding highly-trained violence interrupters, targeting hot spots and additional neighborhoods.

“With this grant, it will be our honor to continue that specialized and delicate work to prevent violence, collaborating with partners to build trust within the Kansas City eastside Hispanic community, where homicide rates have been increasing. The funding will allow us to expand our reach to communities where our training in violence prevention and understanding can make a difference, ” Junaid said.

For more information on Byrne Pelofsky’s grant writing services, get in touch with us at 816.237.1999 or info@byrnepelofsky.com.