By Suzanne DickenNovember 25, 2019All Posts, Arts/Culture/Humanities, Current Events/News
No Comments 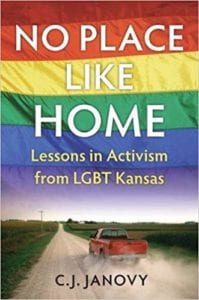 Every once in a while, the Byrne Pelofsky team has the opportunity to work on a slightly “out of the box” project. We are excited to be working with Do Good Productions as fundraising counsel for an important project highlighting the lives, struggles and perseverance of LGBTQ individuals living in Kansas. The film is based on C.J. Janovy’s 2018 nonfiction book about LGBTQ activism in the Sunflower State called “No Place Like Home: Lessons in Activism from LGBT Kansas.”

The project is being co-produced by Kevin Willmott, a Kansas native, University of Kansas film professor and recent Academy Award winner for Best Adapted Screenplay for co-writing the film “BlacKkKlansman” with Spike Lee.

As profiled in the Kansas City Star, “No Place Like Home” is being produced by the nonprofit Do Good Productions and has received grants from the Kansas Humanities Council and other funders. But there is still a long funding road ahead in order to bring the project to the big screen. And that’s where Byrne Pelofsky comes in! We’re thrilled to be spreading the word about this important film and the courageous people it profiles. For more information on this project, check on the feature in the Kansas City Star or reach out to us.