Everyone Deserves a Home 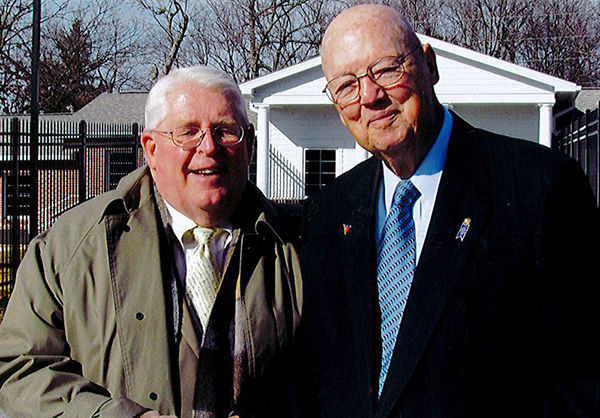 On February 3, I was invited to attend the formal dedication of The Salvation Army’s new Johnson County Family Lodge located in Olathe, KS. Our firm was hired to raise the $2.2 million needed to build this beautiful 14-unit shelter and I was tapped to serve as their consultant throughout the 18-month campaign. The money was raised on time and, as is the Army’s policy, construction did not start until all the funds were secured…..not a bad policy, actually. Now, there is a wonderful “safe harbor” open in Olathe to those who otherwise might be living in their car…..or worse.

I have been to several such dedications and was not surprised with the order of the service as depicted in the printed program. Welcome…..prayer..…three speakers…..a musical selection..…scripture…..closing song….. benediction. Pretty standard and predictable for an Army building dedication.

All proceeded as I expected until we got to the musical selection. The master of ceremonies announced that 7 year-old DJ was to be our special vocalist and that the song he would sing was “Everyone Deserves a Home” from Hansel and Gretel. “How cute” I thought until DJ began to sing in the most beautiful voice and in a manner which caused half of those attending to start wiping their eyes. It was by far the highlight of the program and touched me in a very real way. I was simply blown away.

After the service I walked up to DJ, stuck out my hand and said “Great job, son”. He barely stopped as he seemed to be in a hurry and delivered a short “Thanks.”

As I was leaving, I stopped to congratulate the Army’s commanding Officer, Major Mark Martsolf, on a fine event.  I also asked about DJ. He didn’t respond right away, and during his hesitation I noticed that his eyes began to well up. “John, DJ and his mother live in our shelter and are being helped to get back into a better situation in the community. It has not been an easy go for them, in part, because that sweet, energetic boy you heard is autistic.” When he shared that with me, my eyes, too, were dampened as I was filled with an even greater degree of emotion.

I drove home that afternoon with a much stronger sense about what this new shelter was going to do in changing lives for the better and of the slight role I had played in its creation…and later that night I thought about DJ..…and let the tears flow.