Giving Circles: The Rise in Social Giving and the Power of the Crowd

By Katie LordFebruary 21, 2018All Posts, Capacity Building, Donor Cultivation, Fundraising, Grants, News You Can Use
No Comments 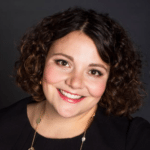 If you’ve been involved with philanthropy in the past two decades or so, then you’ve undoubtedly come across a “giving circle.” This giving vehicle continues to gain momentum, as evidenced by the amount of research being done on this emerging form of philanthropy as well as media coverage of investments made by such groups. A very notable example of a giving circle is Women Moving Millions, which focuses on investing in women’s and girls’ organizations, and the Asian American Women’s Circle. A giving circle is commonly defined as a “social investment club,” or a pooled fund, through which members make grants together. Circles are typically organized around a particular issue, area of interest (such as women’s issues, quality of life, the environment) or geographic region.

What kind of impact do giving circles have on philanthropy? They’ve certainly opened up a new type of funding opportunity. In a report published in late 2017 by The Collective Giving Research Group, The State of Giving Circles Today: Overview of New Research Findings from a Three-Part Study, giving circles now number more than 1,600 (they’ve tripled in number since 2007) and have approximately 150,000 total members. Giving circle members have contributed more than $1,290,000,000 to philanthropy so far. With many giving circles being made up of individuals under the age of 40, it is safe to assume that this new form of philanthropy will continue to grow both in numbers and in dollars as Millennials and Gen-Xers begin to move into their peak earning years. Women are also more likely to engage in this type of collaborative giving, which will continue to increase access to this sub sector of donors.

Recently, I had the opportunity to join and participate in a local chapter of a giving circle geared for female givers, known as “100+ Women Who Care/Southland KC.” As the name suggests, this is a group of more than 100 women who get together on a quarterly basis for an hour-long meeting. At each meeting, three charities present for five minutes, followed by a brief question and answer period. All members who are present vote to select a “winning” organization and then all members (whether or not in attendance at the meeting) write a $100 check to benefit the winning organization. Members then nominate charities for the next quarter; three are selected but not shared with the group so as to prevent members from campaigning for their favorite organizations.

My experience was incredibly moving – it not only allowed me to be in a room with like-minded powerful women, but also to see firsthand the impact of collective giving on the organizations receiving more than $10,000. And an added benefit was that many women felt compelled to write checks to one of the other two organizations who did not win the vote.

So what does this mean for your organization and how does it help you with fundraising? First and foremost, giving circles provide you with two major benefits: a sizable new funding opportunity and most importantly, access to an emerging donor base and audience. Many circles have members give their donations directly to the organizations through online giving or traditional check writing. Others choose to preserve the anonymity of members by giving through community foundations, but still offer the opportunity to network with donors at the in-person meeting. If you receive a grant from a giving circle, many will inform you of guidelines for reapplying within a certain time period. While most will not allow for annual support, it is safe to say that giving circles are here to stay and will even increase in numbers – and should therefore be included as part of your resource development plan.