By JBA AuthorSeptember 21, 2015Donor Cultivation, Fundraising, Insights, News You Can Use, Stewardship
No Comments 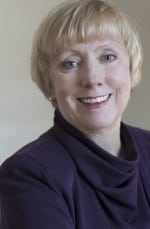 It seems like yesterday when Jeffrey, returning from one of The Giving Institute’s Board meetings, told me about a brilliant new initiative to spur people to give during the holiday season. But it wasn’t yesterday. It was 2012, and we were about to launch into our first #GivingTuesday publicity push.

What a simple yet grand idea! #GivingTuesday is a national consortium of individuals, nonprofits and corporations that supports the idea of giving time, talent and treasure on a global day dedicated to giving back. The first Tuesday after Thanksgiving was designated #GivingTuesday – this year it’s December 1.

Last year, #GivingTuesday set a milestone in giving: an estimated $45.68 million in online donations were made on December 2, 2014 – an increase of nearly 63% over 2012 on the same day. But #GivingTuesday isn’t just about money. There were also 32.7 million Twitter impressions, representing significant growth over the 2.5 million impressions generated in 2012. In 2014, more than 15,000 nonprofits participated in #GivingTuesday with more than 20,000 partner organizations. As #GivingTuesday continues to grow, it is apparent the original vision of inspiring and encouraging bigger, better and smarter charitable giving and volunteerism during the holiday season is now reality.

But in order to benefit from the power of #GivingTuesday, nonprofits need to start planning and preparing now for their 2015 campaign. Much can be done online and at little cost. Click here to get your own copy of JB+A’s #GivingTuesday Communications Toolkit. And click here to go to the #GivingTuesday official website to sign up and find even more ideas on how to boost your organization’s visibility during this prime giving season.

PS: Be sure to watch for #GivingTuesday billboards throughout Kansas City, courtesy of Lamar Advertising.