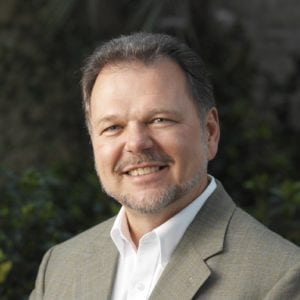 Eric Tschanz brings deep expertise in nonprofit management and resource development – demonstrated by his nearly three decades of accomplishments and raising in excess of $30,000,000 as President/Executive Director of Kansas City’s nationally-acclaimed Powell Gardens. His partnership with JB+A spans more than 15 years, and we worked with Eric as fundraising counsel during two capital campaigns at the Gardens. Eric’s fun demeanor, leadership and knowledge of the philanthropic landscape will strengthen our firm’s service to the nonprofit community. I am happy Eric is joining JB+A, and I know our team and our clients will thoroughly enjoy working with him. – Jeffrey D. Byrne, President + CEO

During Eric’s 29-year career at Powell Gardens he implemented the first two phases of the Gardens’ master plan.  He helped grow the gardens from a staff of 15 to 52, and led the organization in endowment development and major and planned gift capacity building.  In 2008 he completed a $9,000,000 campaign and the construction of the new Heartland Harvest Garden – the largest edible landscape in the country. As the retiring director, he serves as Vice-Chair of the Garden’s $18,500,000 capital/endowment campaign.

Eric completed his B.S. in Horticulture at The Ohio State University and went on to become a Fellow in the Longwood Program at the University of Delaware and Longwood Gardens and graduated in 1977 with a Master’s degree in Botanic Garden Management. He is an Honorary member of the Garden Club of America – Westport Garden Club.  In 2010 Eric was honored by the American Horticultural Society with their 2010 Professional Award and received the APGA’s Award of Merit in 2012.

“After nearly three decades of fundraising in greater Kansas City as President and Executive Director of Powell Gardens, I am delighted to continue serving the philanthropic community – both here at home and beyond – as part of the JB+A team,” shares Eric.