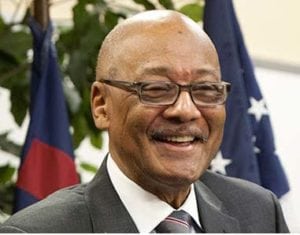 Robert L. Woodson, Sr. founded the Woodson Center in 1981 to help residents of low-income neighborhoods address the problems of their communities. A former civil rights activist, he had headed the National Urban League Department of Criminal Justice and has been a resident fellow at the American Enterprise Foundation for Public Policy Research.

Join the AFP Mid-America Chapter for a special forum with Bob Woodson, where he will address issues raised in his book, Triumphs of Joseph: How Today’s Community Healers Are Reviving Our Streets and Neighborhoods.

During a lively discussion, Bob will describe his approach to empower faith organizations and local leadership to transform the struggling neighborhoods in which they live from the inside out. Discover how his organization helps residents of underserved neighborhoods identify their own strengths and capacities to effectively address the problems in their communities and how public/private partnerships can be a powerful tool in these efforts.

Referred to by many as the “godfather” of the neighborhood empowerment movement, for more than four decades, Woodson has had a special concern fro the problems of youth. He is an early MacArthur “genius” awardee and the recipient of the 2008 Bradley Prize, the Presidential Citizens Award and a 2008 Social Entrepreneurship Award from the Manhattan Institute.