Love is in the Air! How Couples Make Philanthropic Decisions

By Suzanne DickenFebruary 13, 2017March 16th, 2017All Posts, Fundraising, News You Can Use
No Comments 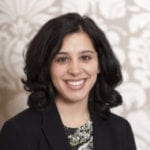 Forget the box of chocolates or the candlelit dinner for two this Valentine’s Day. According to Fidelity Charitable’s latest study on how couples give, philanthropy is a great way to bond with your partner. The How Couples Give report is based on a study of 694 Fidelity Charitable® donors who are married or live with a partner. The study explores how couples make giving decisions – from how they approach these choices, to how much they agree on certain aspects of giving, to who takes the lead in deciding.

What did we learn?

The key takeaway from the report is that giving is and will remain a joint decision for the majority of couples and families.

Although most couples feel they are on the same page regarding their charitable giving, the study suggests this isn’t always the case when it comes to the mechanics of giving. Only half the donors surveyed say they discuss an overall charitable budget for the year, and less than one-third discuss what assets to contribute. Couples generally agree upon who and what to support, but not always how.

Fidelity Charitable suggests having a conversation with your significant other about giving – it’s a great way to reaffirm the values you share as a couple. (And what a fantastic way to spend the most romantic day of the year!)  To access the full report, click here.

Fidelity Charitable is an independent public charity that has helped donors support more than 219,000 nonprofit organizations with more than $25 billion in grants. Established in 1991, Fidelity Charitable launched the first national donor-advised fund program. The mission of the organization is to further the American tradition of philanthropy by providing programs that make charitable giving simple, effective, and accessible. For more information about Fidelity Charitable, visit https://www.fidelitycharitable.org.