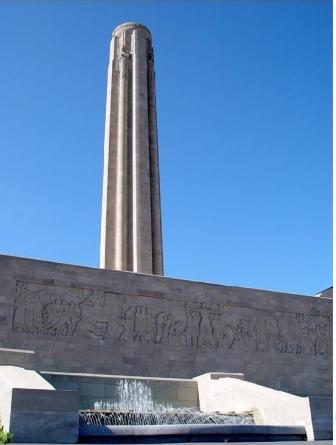 Jeffrey Byrne + Associates managed a multi-phased project that raised $104,000,000 in public and private support to renovate America’s official World War I monument and create a world-class museum.
Jeffrey Byrne + Associates conducted a Feasibility Study prior to the campaign.  An Interim Feasibility Study Report gave insight into the personal interviews that had already been conducted, and gave recommendations on how to continue successful cultivation and solicitation of significant prospects.  The report provided a basis for a Project Team to be created to help guide the remainder of the Feasibility Study and assist moving forward after its completion. The report also recommended seeking $10,000,000 in funding from the State of Missouri, which was ultimately appropriated to the project.
By standard definition, a Feasibility Study is an interview process that tests the willingness of top community leaders to participate in a fundraising endeavor. In this instance, however, the Study was much more than that.  The Study proved to be an educational tool for both the interviewees and the organization for which the Study was conducted.  The process was also a form of cultivation.  The Study sent a signal to the community that the Liberty Memorial had a long-range plan and that it was about to embark on the fulfillment of that plan. The added value of the Feasibility Study was that it gave the Liberty Memorial a direction to do just that – to meet the goals of its long-range plan.
After completion of the remainder of the Feasibility Study, Jeffrey Byrne + Associates assisted the Liberty Memorial in further organizing and launching the capital campaign.  Funds were raised to support the Political Campaign that resulted in the successful “Yes” vote for $20,000,000 of general obligation monies for the Liberty Memorial Museum.  Significant time was devoted to developing relationships with the prospects that had been identified in the Study, implementing cultivation activities and conducting successful solicitation.  In addition, new major donor prospects were identified and approached, and ultimately provided significant contributions.  Dozens of proposals were submitted to foundations and corporations, and funds for the operations budget were even secured.  Hundreds of donor tours of the Memorial were scheduled and carried out, which resulted in quality prospective donors and deepened relationships with the organization.
Jeffrey Byrne + Associates is proud to have helped guide the more than $40,000,000 effort to seek private fundraising sources in the capital campaign.   In 2002, the Liberty Memorial reopened to the public with completion of capital renovations and expansion including a 26,000 square feet museum. On December 2, 2006, the National World War I Museum opened the window to an extraordinary emotional and intellectual experience. Designated by Congress as the nation’s official WWI Museum, the new state of the art complex at Liberty Memorial uses interactive technology to bring history to life, and to foster timely discussions of ethics, values, decision making and conflict resolution.
Jeffrey Byrne + Associates, Inc. is proud to have partnered with the National World War I Museum at Liberty Memorial in their campaign to restore and expand this treasured Kansas City and National landmark.