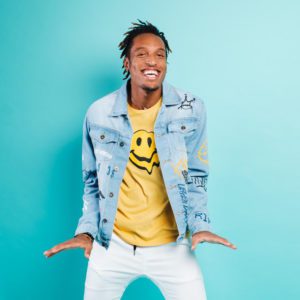 It’s not every day an appointee of the United Nations comes to Byrne Pelofsky with an opportunity to participate in a plan to reverse global warming. So, when AY Young, global musician and 1 of 17 United Nations-designated Global Young Leaders asked for help, how could we say no?

AY Young is a Kansas City musician who has cast a global net. He performed at President Biden’s inauguration and has toured the globe with his “Battery Tour” after creating a renewable energy source enabling him to be the first artist in the world to power over 800 concerts with 100% renewables.

His passion and energy to do well was born in Kansas City’s Ivanhoe neighborhood where his parents, Alan and Yolanda Young, are community leaders who worked with the city to clear crime and illegal dumping in their neighborhood. They continue to make an impact with the Young Family Farm, providing organically grown produce for this at-risk community in one of Kansas City’s food deserts.

AY was selected as an Envoy on Youth for his ability to raise awareness about sustainability from over 18,000 nominees from 186 countries. His song from his tour “Save the Planet” and others are available on Spotify.

“Everyone is an outlet for change…we need to plug them into this platform I’ve created,” AY says. 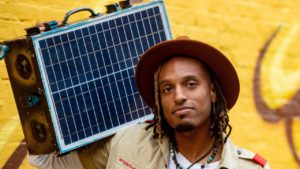 His platform consists of a device the size of a suitcase that stores solar energy. It’s simplicity, portability and accessibility is perfect for underserved areas. He’s distributed them to over 17 countries and allows villagers to power laptops and cell phones without walking miles to charging stations.

AY has received lots of global attention. He recently appeared on a poster with Jane Goodall for Real Leaders magazine’s “70 Environmental Leaders You Should Know” and has also been endorsed by Paul Hawken – environmentalist and American author of Drawdown – a comprehensive plan to reverse global warming (2017).

Byrne Pelofsky will work with AY to secure funding for a collaborative album production that speaks to the UN’s Sustainable Development Goals with 17 songs, each representing one of the 17 Goals designated by the UN. He’s working closely with such artists as Tech N9ne, Drake, Coldplay and Billie Eilish, to name a few.