Strengthen Fundraising Efforts through the 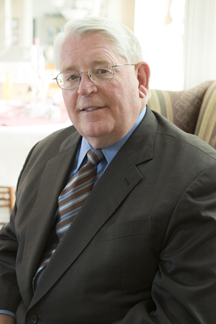 The time is now for nonprofits to utilize planned giving vehicles to augment their fundraising efforts. During 2012 in the United States, the transfer of wealth from one generation to the next exceeded $20 trillion. It is estimated that between 2007 and 2055, American households will transfer $59 trillion in assets, and that people between the ages of 65 and 79 will transfer 17% of their wealth while living. Experts also predict that $26.91 trillion of this wealth transfer will go to charity.

Locally, the Kansas Association of Community Foundations Transfer of Wealth research estimated $79 billion will be transferred from one generation to the next in the State of Kansas by 2020. The Alliance of Missouri Community Foundations Transfer of Wealth study estimates $134.97 billion will transfer between generations in Missouri households by 2020.

Giving USA 2013, the annual report on charitable giving in America, indicated that giving by bequest totaled $23.41 billion in 2012. This represents 7% of all contributions in 2012. Americans donated an estimated $316.23 billion to charitable causes in 2012, a modest overall gain in total contributions over 2011, which mirrored the nation’s recent economic trends. As the economic recovery continues, Americans are beginning to return to charitable giving habits in place prior to the devastating crash of just a few years ago.

Yet 59% of Americans do not have estate plans. There are tremendous opportunities for people to give to charitable causes without shortchanging their heirs – opportunities to plan estates and write wills with personal values and charities in mind. It is incumbent upon nonprofits to provide sophisticated and solid cases for support for charitable giving to donors, and that includes sharing the benefits of planned giving.

Jeffrey Byrne + Associates is now offering a new service specifically designed to help nonprofits leverage the benefits of planned giving and incorporate those giving vehicles into their fundraising plans: the Futures Program. The Futures Program can enhance your fundraising strategy to create a “win-win” situation for both your organization and your donors. In many instances, a planned gift can result in attractive tax benefits for a donor as well as potentially enhancing retirement income.

Now is the time to develop strong bonds with donors, utilize effective fundraising techniques and strategically lead your nonprofit in generating the enormous future benefits of planned giving.

There are more than one million tax exempt organizations in America. Is your nonprofit poised to take advantage of this anticipated transfer of wealth and continuing growth in charitable giving? Do you have the tools necessary to implement an effective planned giving program?

I encourage you to take a look at our Futures Program by clicking here.  It is a powerful resource to strengthen the financial security of your organization while simultaneously benefitting donors during their lifetimes.  Contact me personally to further discuss the powerful and positive impact the Futures Program can have on your fundraising, your organization and most importantly – those you serve.

I may be personally reached at 816-914-3780 or at jmarshall@jba.flywheelsites.com.  I look forward to our discussion! 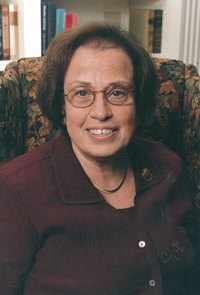 As a Senior Living executive, are you aware of any planned giving bequests in your Senior Living community? Without devoting time and effort to research, you might not know.

One of the easiest ways to identify planned giving donors on your campus may be to collect Last Wills and Testaments. Copies of these documents should always be held by the Administrator. Many instances may arise in which you would need to have this documentation on file.  And by becoming familiar with this documentation, you will know if a resident has a Planned giving strategy and to whom they’ve designated their assets – family members, special friends, favorite charities or your community.   Gathering this documentation will also help you learn important information about your residents.

One of the most common vehicles utilized in planned giving is the Charitable Gift Annuity, which is payable upon the “owner’s” death. Oftentimes, these annuities are purchased several years prior, and increase in value throughout the life of the owner. These annuities are often assigned to a specific person or organization upon death, but the owner/donor may not always share this information while alive.

When I was Executive Director of a Senior Living community, I implemented a development plan to generate $3,000,000 – to provide equity for a bond issue, as well as to fund a special community gathering space that included a Bistro, a large meeting room and an area for art and computer activities. My team became acquainted with an extremely generous woman, who while not a resident, had a passion for our community and that project. While her capacity as a major donor was not clearly evident, she initially discussed a potential gift toward our fundraising efforts.

Over the course of five years, our relationship developed as the project progressed. I reviewed the plans for the space with her and included her in the selection of fixtures and furnishings. I had come to know her well, sending cards on special days and holidays, acknowledging her memories and spending many lunches together. By her choosing, her pledge was never a topic of conversation.

One day, our friend sent me, announced, information describing five Charitable Gift Annuities – with a total value of slightly more than $1,000,000, which she had named for us to receive. The donor and I continued our time together, and I came to learn of her interests in the missions and work of other nonprofits in the city. But she had become unhappy with those organizations, because they did not take the time to get to know her, or dialogue with her about her options to designate her gifts.

As our donor’s health declined, we still remained in touch. Her death came as a surprise to us, when we received a letter describing how she had designated our community to receive all of her Charitable Gift Annuities. The total gift was $5,900,000. Several of the annuities had been purchased in her later years.

We can learn so many lessons from this experience. First, the planned gift vehicle of a Charitable Gift Annuity was important to this donor. She trusted this strategy, believed in its value and authenticity and purchased her annuities over her lifetime. This led us to provide education to our residents and their families on various planned giving vehicles. Many times, we assume that planned giving has been completed early in a donor’s life, but that is not always the case. There is value in making planned giving strategies known to the residents of your community.

Second, we learn about the importance and value of keeping in touch with a prospective donor, regardless of what is known about their designated gifts after death. Nurturing this relationship is critical.

Lastly, we learn of the importance of a multi-faceted Development Plan. If we had not made the details of our plans for our community space readily available for discussion, we might not have ever engaged and retained the interest of our donor.

Planned giving should be an important part of your fundraising portfolio. It is well worth the time and effort. To learn more about how to develop and implement planned giving strategies tailored to your senior living community, contact JB+A and ask about our Futures Program.