Insights for Strategic
and Tax Changes for 2013 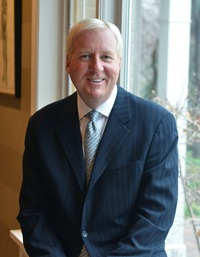 As Congress passed legislation in the early hours of the New Year, much changes for tax and fiscal issues for 2013. The two things we know about life is: sooner or later we all pay taxes and we can’t take our money with us when we die. So, let me tackle what I know about the fiscal and tax changes that were enacted earlier this month.

Core of the Fiscal Cliff Legislation & Tax Changes: According to an article I read in a U. S. Trust Investment Strategy Strategic Insights Advisory recently: The core of the 2012 tax Act once again extends “most” of the so-called Bush tax cuts, but not all. The 2012 Tax Act will permanently extend taxable income tax rates for all single taxpayers with taxable incomes below $400,000 and married couples with incomes below $450,000. The top marginal income tax rate increases to 39.6% from 35% and the top marginal dividend and capital gain tax rates rise to 20% from 15% on investments held for more than one year. Adding in the 3.8% health care tax results in an even higher effective tax rate. Additionally, various tax deduction and credits phase out for individuals earning more than $250,000 and couples making more than $300,000. The agreement also extends unemployment benefits for one year, delays automatic spending cuts for two months, raises the estate tax rate to 40% from 35% with a $5 million exemption, indexes the Alternative Minimum Tax (AMT), extends accelerated depreciation allowances for businesses for another year, renews the research and development (R&D) tax credit and extends the “Doc Fix” (cuts in Medicare payments to doctors).

Finally, the Estate Tax Exemption beginning January 1, 2013 is $5,250,000. This exemption is permanent. It is subject to an inflation adjustment annually.

The bottom line is it’s all generally good news for your organization and the donors who care for it. While there are still discussion of further limits on charitable deductions, we will keep you informed of major changes in legislation that impact your donors. In the meantime, I recommend letting your donors know about the opportunities presented to them by the changes in the IRA Charitable Rollover. They may find that NOW is the time to make a gift to your organization.

Planned Giving: Time to get started?

By John F. Marshall
Senior Vice President
The opportunities for non-profits through the wonders of planned giving are as strong today as they have ever been… more so, in fact. Consider this: in 2012 within the United States, the transference of wealth from one generation to the next exceeded $20 trillion! And the Giving Institute’s 2011 Giving USA Report indicated that fully 8% ($24.4 Billion) of the total given by Americans was in the form of a planned gift. This was up 12.2% from the previous year, one of the largest increases in many years.

With overall giving in 2011 up over 4% from the previous year, it is clear that Americans are feeling better about their current financial position as well as their future. And yet, we know that despite this favorable up-tick, it is estimated that only 10% of American donors have provided for a charity in their will.

The more sophisticated non-profits, found within such sectors as higher education and healthcare, are doing a credible job in sharing the benefits of planned giving with their constituents… and generating enormous eventual benefits that will come to their institution. But they represent only a fraction of the 1,800,000 non-profits within the United States. For the great majority of charities, planned giving is either treated tacitly or not at all.

Why is this? I believe there are three main reasons:

With corporate and foundation giving remaining at relatively flat levels of growth, non-profits are going to have to start looking at planned giving as a viable option for generating charitable gifts.

So, as a director of development of a shop without a planned giving program, what do you need to consider when starting a program?

First, is to fully understand the benefits of planned giving:

In order to seriously consider starting a planned giving program, you need to be aware of the key essentials:

So, who should have a planned giving program? EVERY NON-PROFIT!

Whether it’s as basic as including a message on the bottom of your letterhead (“Please consider including our organization in your will”) or developing a comprehensive program of deferred opportunities, planned giving needs to be included as a viable part of your fundraising program. The benefits to your organization can be both substantial and amazing.