We are pleased to introduce Shelley Loethen as a guest contributor to this month’s issue of News You Can Use. Shelley is the owner of Encore Grant Services, Inc.

Since beginning her grant writing career in 2009, Shelley has written or been part of grant-writing teams that have been awarded more than $17.6 million in grants. As the general manager of a nonprofit organization from 2008 until 2011, she implemented a process of strategic grant seeking that resulted in an increase in grant funding from just $700 to more than $10,000 in less than three years. Her experience spans a variety of nonprofit sectors, and her proposals have been funded by federal, state, county and local government entities as well as community, corporate and private foundations.

A Foundation for Successful Grant Seeking 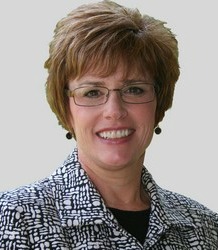 The benefits of grants extend far beyond the actual funding received. The grant seeking process can help you design better programs, evaluate them more effectively, and communicate their impact more broadly. In addition, grants may attract other grants and donations by giving your organization or your program(s) credibility.

Despite efforts to make grant applications less complex – or, at a minimum, to align the complexity of the application and required reporting with the amount of the grant – many nonprofit leaders still find grant seeking and management too arduous. As recently reported in the Chronicle of Philanthropy, 77% of funders report they have simplified their processes. However, “fundraisers say they are not experiencing any widespread change” (“Applying for Grants Is Still a Burden, Say Fundraisers,” May 19, 2013).

How can we harness the power of grants without drowning in the details?

How can we harness the power of grants without drowning in the details? The three-part foundation outlined below will make your grant seeking more efficient and effective.

If your organization doesn’t have written policies and procedures for grant seeking, consider creating them. Some of the items that should be defined in this document include the staff member responsible for oversight of the grant seeking and grant management process, criteria that will be used to determine if a grant will be pursued, a list of those who must approve pursuing the grant, a list of people that must sign off on the grant application prior to submission, and the person responsible for grant reports, both internally and to the funder.

Once you have outlined your policies and procedures, gather the documents that are most often requested. Keep copies of these documents in a folder so they are easily accessible when it’s time to submit. Most funders ask for a fairly predictable list of attachments that usually includes:

Keep these items in a file called “Standard Attachments” or something similar. I keep all of these documents in a file on my computer.  It’s easy to upload them to an online grant system, or I can print them as needed for paper submissions.

Once you have the basics of your foundation, develop a grant seeking plan with a 12- or 18-month grant calendar. Begin by reviewing your strategic plan and prioritize the programs and projects that will need funding over the next 12 to 18 months. Then, conduct a thorough search of funders and evaluate the likelihood of receiving funding. When evaluating grant opportunities, I consider on a variety of factors that include the funder’s stated priorities and mission, their history of giving to similar organization or programs, the geographic location of past grant recipients, the amount of grants given to similar organizations and programs, personal knowledge about the funder, and, honestly, my gut feeling after reviewing their website and Form 990s.

Once you’ve identified good matches for your organization create a grant calendar. Focus on funders that are most likely to fund your program, but also include some stretch grants from funders that weren’t at the top of your evaluation list. First, list opportunities with firm due dates, and then go back and fill your calendar with applications that have rolling deadlines. In addition to providing a grant seeking timeline, the calendar will help you decide how to handle opportunities that arise unexpectedly.  You may decide to pursue the new opportunity instead of one of your scheduled grants, or you may decide to bring in some extra grant writing help. The calendar is an excellent organizational tool that helps keep your grant seeking on track.

It always comes down to this, doesn’t it?  As the saying goes, “people give to people.”  While this is most often used in the context of donations and major gifts, it applies to grants as well. People are behind the funding decisions of every foundation.

Ask your board members and other key leadership personnel to review a list of board members and trustees for funders that have been identified. Also identify a few key people in your organization who enjoy the relationship-building aspect of fundraising.  Teach your relationship-builders about grants – need statements, your programs’ target populations, goals and outcomes for your programs, and your history of success. Then, your board members and other leadership personnel should introduce these individuals to their contacts within the funding organizations. You won’t always get to talk with the funder, but when you do, it can significantly increase your chances of a successful proposal.

Grant seeking, the application processes, and reporting requirements will always take an investment of resources. However, with a solid foundation in place, your grant seeking efforts will be more effective and less stressful for everyone.

Who Gives What, to Whom and Why

Giving is growing. Not as fast as everyone would like, and not in all subsectors. Nevertheless, potential is boundless.

That, in the briefest way possible, summarizes the messages that more than 220 participants heard at a presentation on June 28, 2013 at the Ewing Marion Kauffman Foundation Conference Center about the results of Giving USA 2013, as presented by Patrick M. Rooney, Ph.D., associate dean for academic affairs and research at the Indiana University Lilly Family School of Philanthropy.

Sponsored by Jeffrey Byrne + Associates, Inc., The Giving Institute™, U.S. Trust Bank of America Private Wealth Management, Nonprofit Connect and the Indiana University Lilly Family School of Philanthropy, the program provided insights into the who, what, where and why of giving that CEOs, fundraisers and boards need to deliver the resources necessary to achieve their organizations’ missions. The program also included results of the School of Philanthropy’s “Study of High Net Worth Philanthropy,” sponsored by Bank of America since 2006.

“Total giving as a percent of GDP has been stuck at two percent, plus or minus, for the last 50 years,” said Dr. Rooney. “Yet, if every American household reallocated $5 a day of frivolous consumption to philanthropy, that would double household giving overnight.”

Giving in 2012 totaled $316.23 billion. As always, the bulk of those dollars come from individuals in one form or another. Of the $316.23 billion in total giving, household giving, bequests and family foundations represented 86 percent of those philanthropic dollars.

The good news overall is that 2012 was the third consecutive year of increases in giving. In 2012, a significant portion of the growth was due to a 12.2 percent increase in corporate giving, largely driven by corporate profits, as well as foundation giving, which increased 4.4 percent.

Recipient categories that grew in 2012 include Education (by 7 percent), Human Services (by 3.8 percent), Health Organizations (by 4.9 percent), Arts, Culture and Humanities (by 7.8 percent), Public Society Benefit (by 5.4 percent), International Affairs (by 2.5 percent) and Environment/Animals (by 6.8 percent).

“Religious giving still gets a third of the total,” said Dr. Rooney, “but that’s down from over one-half twenty to forty years ago. Giving to religion hasn’t declined. It’s just growing at a slower rate.”

Dr. Rooney offered two hypotheses for the 4.6 percent decrease in giving to foundations. First, he cited uncertainty about the tax code and fiscal cliff negotiations. Second, people waiting to lock in gains in the rapidly growing stock market.  “The role of the stock market in giving is huge,” he said. “Tax rate and income matter, but the S&P is the single biggest predictor of foundation and household giving.”

“Healthcare giving,” he said, “is affected by the historically reciprocal relationship between government and philanthropic spending.” It’s no surprise to Dr. Rooney that health and human services, which receive significant government support, are the slowest growing pieces of the philanthropic pie.

The “Study of High Net Worth Philanthropy” includes any household with an annual income of more than $200,000 or assets of more than $1 million (excluding the value of their home). Key findings from the 2011 study include:

“During the Great Recession,” said Dr. Rooney, “total giving in current dollars dropped for the first time. Since then, we’ve had three years of consecutive growth.”

The way Dr. Rooney sees it, the glass is half full.

“Giving is growing but we’re still eight percent below where we were in 2007,” he said. “For the last two years, total giving grew by two-and-a-half percent combined. If giving continued to grow at that pace, it would take six to seven years to get back to where we were.”

Concern about proposals to cap itemized deductions and to eliminate the charitable tax deduction was raised in the question and answer session. Asked by the White House to weigh in regarding the cap, Dr. Rooney’s team found that it would indeed have a negative impact on giving. Other members of the panel besides Dr. Rooney included Jeffrey Byrne, president and CEO of Jeffrey Byrne + Associates, Inc., Lewis Gregory, senior vice president and private client advisor for U.S. Trust/Bank of America, and Laurie McCormack, vice president of university advancement for Park University and president of board of directors of Nonprofit Connect. Like Dr. Rooney, they’ve heard donors and clients voice their opposition to these proposals as grossly unfair.

Jeffrey Byrne summed up the environment for nonprofits and fundraisers as positive.

“The Chronicle of Philanthropy says there’s a shortage of really qualified, high energy fundraisers,” he said. “People who get out of their offices with volunteers, put together strong cases of support and touch donors.

“Think of what another $5 from every American could do. And it’s up to us to do it. Our potential is boundless.”