By Heather EhlertJuly 18, 2017All Posts, Byrne Pelofsky Client Fundraising Success, Current Events/News, News You Can Use
No Comments 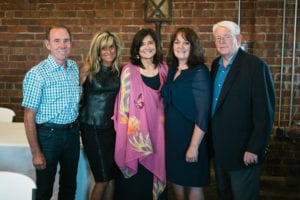 On June 29, Safehouse Crisis Center celebrated the opening of its new center in Pittsburg, Kansas, and recognized the army of volunteers and donors of the “Building New Opportunities” campaign who were responsible for raising $1,200,000 for the new building.

Safehouse, started in 1979, serves seven counties in southeast Kansas, offering safety and advocacy services for victims of domestic violence, sexual assault and stalking. Clients can stay for a maximum of 90 days with the opportunity to benefit from transitional housing as needed.

The new shelter is nearly double the size of the previous shelter, providing much needed relief. It offers larger bedrooms and bathrooms, comfortable community rooms and modern kitchens for clients to utilize in preparing their own meals. The shelter will also offer services to men who are victims of domestic violence.

The “Building New Opportunities” campaign was launched following the conclusion of a Feasibility Study conducted by Jeffrey Byrne + Associates. “After learning from our consultant that conducting a campaign was indeed feasible, we knew right away that we needed to recruit dynamic leadership,” states Safehouse Executive Director Rebecca Brubaker. “We approached two long-time friends and prominent leaders within Pittsburg:  Susie Boldrini and Jeannette Minnis, and they were quick to sign on as campaign co-chairs. What soon transpired was way, way beyond our expectations.”

JB+A  campaign consultant John Marshall recalls “Rebecca and I sat down with Susie and Jeannette to discuss the campaign during which I suggested that it could take up to a year to raise the funds needed. Susie looked at Jeannette and then back at me and said, ‘We can get this done a lot quicker than that!’ ‘Hmmmnnn’ I remember thinking. However, after that, it became clear to me that they were truly a dynamic-duo.”

Once the campaign committee had been formed, they put forth an incredible effort, and reached their goal IN ONE MONTH! It was nothing short of spectacular and as John Marshall stated, “It was unlike any campaign I had ever been involved in before – simply amazing.”

At the victory celebration, co-chair Susie Boldrini graciously thanked everyone for their efforts and generosity. She closed with, “Once again, the Pittsburg community responded beautifully in supporting this tremendously important need. Raising $1.2 million in such a short period of time was a real testament to the compassion that exists within our caring community.”

JB+A was privileged to partner with the staff and volunteers at Safehouse in an effort which will have a profound and lasting impact on those who receive its crucial services.