Serving People in a Setting of Dignity. 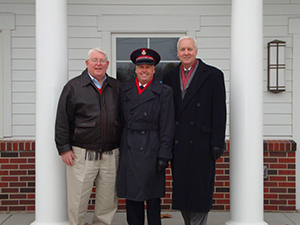 Ever since 1865, when William Booth laid the foundation for The Salvation Army by preaching hope and salvation to the desperately poor in the slums of London, this international movement continues to meet human needs and provide refuge without discrimination.

Each year in the United States, The Salvation Army serves more than 30 million people – men, women and children – through rehabilitation centers, meals, thrift stores, child care, group homes, medical assistance, youth camps, correctional services outreach and disaster response.   The Arm
y supports more than 7,500 centers of operation, and more than 588,000 officers, soldiers and employees partner with more than 3 million volunteers to fulfill its heartfelt promise of “Doing the Most Good.”

The Kansas and Western Missouri Division of The Salvation Army helps more than 287,500 people in need of assistance each year, by serving more than 675,800 meals and snacks, delivering more than 207,000 gifts and toys and providing more than 163,500 nights of lodging at its facilities.

The Olathe, Kansas, Corps has been meeting the needs of Johnson County for more than 32 years.  As a result of the recent economic times, people who were making a comfortable living just a few years ago now find themselves losing their homes, unable to feed their families and desperate for help.  Johnson County has seen a 42% increase in poverty over the last seven years, and a 38% increase in homelessness over the last four years. 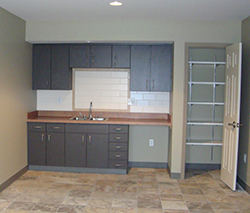 As part of its transitional housing program, the Olathe Corps has operated a 41-bed homeless shelter since 1995.  By 2009, the converted hotel was serving approximately 380 people each year, but the waiting list was rapidly growing, the facility was aging and the rooms were small and dated, unable to comfortably accommodate residents.

A new shelter was urgently needed, and the Olathe Corps set out to raise $2.2 million to make that happen.

Jeffrey Byrne + Associates, Inc. is proud to have partnered with The Salvation Army of Olathe in raising $2.3 million during its Hope for the Homeless Campaign.  An anonymous and generous $100,000 challenge gift led to an additional $300,000 in gifts and pledges, which positioned the campaign to receive an esteemed J.E. and L.E. Mabee Foundation Challenge Grant.  Committed to “paying it forward,” a former client of the shelter sat on the Campaign Steering Committee and made a pledge to the campaign.

The dedication of the new shelter is scheduled for January 2014.  The 60-bed building will contain several modern features, including a commercial laundry facility and larger suite layouts with a living area, bedroom, bath and small kitchenette.  The family lodge will not only provide refuge and hope to individuals and families in need of a home, but will do so in a more comforting and dignified way, truly “serving people in a setting of dignity.”

“We benefited from an extremely successful campaign in a short amount of time.
Philanthropy is about building relationships. I feel John Marshall not only understands that, but is good at that as well.”
– Major Mark Martsolf
Olathe, Kansas, Corps Commanding Officer