Byrne Pelofsky recently participated in conducting and writing feasibility studies on behalf of the cities of Las Vegas, Nevada and Louisville, Kentucky as part of the Build Back Better grant process of which both cities and their respective innovation initiatives are finalists.  Byrne Pelofsky was proud to partner with the Waymaker Group to study both cities’ readiness to build upon what they have begun.  We interviewed over 25 business, higher education and civic stakeholders to produce feedback documentation for each city to be submitted to the U.S. Economic Development Administration. 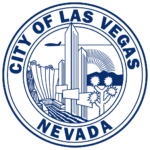 The City of Las Vegas is reinventing itself in the world of Smart/Advanced Manufacturing and has developed a three-year initiative to grow their General and Advanced Manufacturing industry through a targeted effort to attract companies in the Smart City and Smart Mobility sectors. Las Vegas has a strong start in the areas of autonomous and electric vehicles, transportation and logistics, and biotechnology. Since 2016, the City of Las Vegas has deployed IoT sensors, cameras, and telecom equipment in downtown Las Vegas. Through the AAA Keolis Driverless Shuttle Pilot in 2016 and 2017, it became the first U.S. city to have a fully autonomous vehicle operating in mixed-traffic flow. To date, Las Vegas has installed 123 lane miles of fiber optic cable and has connected traffic intersection technologies that, for example, can immediately change the signal lights if a pedestrian is detected in the path of oncoming traffic. Robo taxi fleets and other forms of driverless transportation are scaling up as the open technology allows for testing and innovation like no other US city. 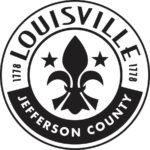 The city of Louisville, Kentucky, known for fast horses, baseball bats and smooth whiskey is also transforming itself.  Louisville is a logistics hub (home to UPS Worldport) and boasts the ability to get anything to 80% of the World’s population within 24 hours.  In addition, Louisville is home to many healthcare companies. Kindred Healthcare, Humana, Atria Senior Living and Signature Healthcare are just a few of the long list of healthcare companies who call Louisville home. Recognizing this organic set of companies and the ability to benefit from an entity dedicated to spearheading government policy, community and higher education engagement and innovation, the Louisville Healthcare CEO Council convened in 2017 and it is this organization who is working to secure Build Back Better funding. Covid accelerated the need for innovation as hospitals, insurance providers, senior living facilities and others were challenged to process their respective day-to-day business operations more rapidly.  The hospital supply chain, rapid distribution of vaccines, on-the-spot intake of insurance data are all areas that were innovated using technology, educational partnerships and startups. In fact, Louisville was the first city in the country to use wastewater to monitor and detect the disease. Louisville has an ambitious vision to establish the region as a national, competitive hub for digital healthcare and ongoing innovation that will ultimately touch the lives of everyone.

Both cities are on a trajectory to offer more than just Best in Show.

For more information on Byrne Pelofsky’s campaign planning and feasibility study services, reach out to us at 816.237.1999 or info@byrnepelofsky.com. We would love to hear about your project.