What Fundraisers Can Learn From Political Campaigns

By Lisa PelofskyNovember 23, 2020All Posts, Commentary, Current Events/News, Donor Cultivation, Fundraising, Insights, Legislative + Advocacy, News You Can Use
No Comments 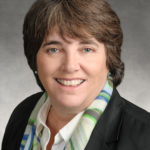 The recent election inspired me to reflect on the lessons I learned from my career in politics, and how those lessons have influenced my approach to fundraising. 2020 political fundraising set a new bar this year, bringing in a record $3.6 billion in publicly reported giving. Every election cycle, political fundraisers are getting better and faster at bringing enormous sums of money in a short amount of time. Here is what I think nonprofit fundraisers can learn from them:

Harness the Power of Data

Over the past thirty years, the Federal Election Commission has developed wonderful technology that shares donor activity with the public for free. This resource is excellent. All donor records at the federal level are available through the FEC. The FEC site can help you connect with your donor and advise your approach based on their political donor activity.

After providing fund development consultation for over 20 years, my greatest success stories are those that involve clients collaborating. I have been beating my collaboration drum for a long time. There are a multitude of reasons for collaboration amongst nonprofit agencies, first and foremost efficiency and cost effectiveness. There tends to be a lot of collaboration and information sharing between campaigns operating in the same political party. Political fundraisers must collaborate because of time constraints, and they have learned the value of sharing.

Everyone is a Fundraiser

Everyone involved in a political campaign is a fundraiser. Can the same be said for nonprofit organizations? All campaign staffers are expected to identify and prospect potential donors. However, many nonprofits develop silos between their development and programming departments. Program staff assume that fundraising isn’t their responsibility, and missed opportunities ensue. In a political campaign, fundraising is a team effort and a priority. How can nonprofit organizations simulate the campaign environment and provide staff the training they need to serve as fundraisers? Some organizations have done it successfully, and it is a great asset to the organization.

Have questions for Lisa? Give her a call at 816-237-1999 or reach out at lpelofsky@byrnepelofsky.com.