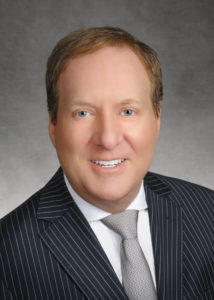 Check out the latest snapshot of donor behavior
The Quarterly Fundraising Report from the Fundraising Effectiveness Project and Growth in Giving Initiative reveals some positive trends and opportunities in charitable giving.  But what are the facts behind this giving?  And how should nonprofits adjust their fundraising strategies accordingly? There are positive indicators, but we cannot ignore some potential “warning signs” –  information that, if not acted upon, could negatively impact fundraising success.

After a sluggish first half of the year, charitable giving rebounded in the third and fourth quarters of 2018 and the year ended with an overall increase in giving over 2017.  The number of most loyal donors (also known as repeat retained donors, those who have been giving to the same organization for at least three years) increased by 0.2%. But other giving indicators were down, showing some trends that could present challenges to sustainable philanthropy.

The total number of donors dropped by 4.5% from 2018 to 2017. The data also showed decreases in the following groups within that total:

Total giving from gifts of $1,000 or more increased by 2.6% — and these larger gifts drove the increase in giving. While giving from these “major donors” is up, giving from donors at lower thresholds (under $250 and $250-$999) is down. But more than a third of donors – 37.4% – in the $1,000+ gift range were new to that category. That’s a lot of new donors giving significantly more.  What motivated that behavior?

We all know giving – and changes in such – is not typically influenced by a single factor.  But the Tax Cuts and Jobs Act passed in late 2017 may be having some serious impact.  The TCJA doubled the standard deduction.  Did some donors give more to help them exceed the standard deduction threshold?  Did other donors give less because they couldn’t take advantage of the charitable deduction anymore? We may not fully understand the impact of the TCJA until the end of this year, as a lot of donors are still working through how the law affects them.

Bottom line: by no means is the “sky falling,” but we should take the information from this latest report seriously and consider it as we formulate our resource development plans. The outlook for philanthropy in 2019 is still good – better than this latest report may indicate.  Just don’t lose sight of what I always say is the most important aspect of philanthropy:  the relationships we build with our donors.

About the Growth in Giving Initiative
The Growth in Giving Initiative was introduced in the fall of 2012.  It was based on a unique, real-time, detailed gift-transaction data collection and analysis process developed by industry experts. Since then, the initiative has grown to attract leading thought leaders and technology companies across the philanthropic spectrum.

The Growth in Giving database, with more than 161 million donation transactions, is continuously updated by leading fundraising software thought leaders. Nonprofits can then use can use this industry data collection and analysis to make better-informed, growth-oriented budget decisions to boost donor revenue.

Want your fundraising software provider to participate in the Fundraising Effectiveness Project and contribute data to the Growth in Giving Initiative?  Visit www.afpfep.org.