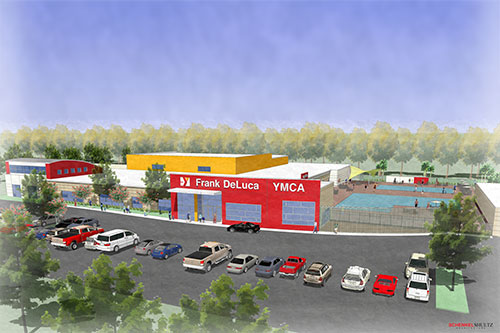 In 1844, amidst the dangers of industrialized London, George Williams organized the first YMCA (Young Men’s Christian Association) as a refuge for young men seeking escape from the hazards of life on the streets.  In 1851, retired Boston sea captain Thomas Valentine Sullivan noticed a similar need for a safe “home away from home” and led the formation of the first YMCA in the United States.

Today, the YMCA is a leading nonprofit organization, a powerful association of men, women and children committed to bringing about lasting personal and social change. More than 2,600 centers with 20,000 staff and 500,000 volunteers serve 10,000 communities across the country.  The Y engages 9 million youth and 12 million adults each year, through its programs in youth development, healthy living and social responsibility.

Rated in the bottom third of the state of Florida in overall health, Marion County and its residents face serious health issues such as diabetes, obesity, cancer and depression.  Low-income families in the area also struggle to provide activities that keep them and their children healthy and positively connected to the community.  A shortage of after-school and summer programs and the prohibitive cost of leadership and sports programs results in academic achievement gaps, negative behavior and family stress.

Part of the YMCA of Central Florida, the Marion County Y works every day to address those challenges and impacts more than 20,000 children and adults annually at its Ocala center.  But by early 2012, membership had tripled, and its building had reached its capacity, facing overcrowding and lack of space.  More neighbors in the Ocala community needed to be served.  The Marion County Y needed to expand its reach – through both a renovated facility and additional programs.  The cause was worthy and needed action.

Jeffrey Byrne + Associates, Inc. is proud to have partnered with the Marion County Y in preparing for and launching its capital campaign to rejuvenate its facility and sustain it as a vital part of the community.  A feasibility study was conducted over a three-month period to help the Y position itself to surpass its $4 million fundraising goal.  The study was followed by formation of the Steering Committee, creation of the campaign activities timeline, development of the Case for Support and completion of the Inner Family solicitations.  A $1 million gift from Frank DeLuca – Ocala business leader, avid community supporter and Campaign Chair – also contributed to the campaign’s success.  Today, the renovated facility is known as the Frank DeLuca YMCA Family Center, and enables youth, adults and families in Marion County to be healthy, confident, connected and secure.

“In sum, this campaign has been a huge success.  I want to thank Jeffrey Byrne.  He played a key role in getting us started, making us believe and setting the roadmap we still follow.”