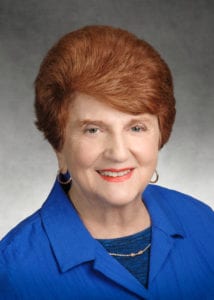 Brenda has more than three decades of experience in working with community health and behavioral health centers, and with foundations and government officials at the local, state and national levels. She has raised more than $200 million by securing grants at all levels of government.

Brenda has prepared and followed special appropriations requests, managed special event revenues and secured annual funds from individuals and area corporations. Since founding P&A in 2002, Brenda has used her extensive expertise to raise more than $20 million in federal grants and special appropriations, as well as local and national foundation grants. Brenda earned her Bachelor of Sciences Degree from Simmons College in Boston, Massachusetts. She received her Masters Degree in Public Administration from the University of Missouri–Kansas City.

Over the years, Brenda has received honors for being involved in countless community activities. The most recent was her being one of the 25 “Women Who Mean Business” of 2009, by the Kansas City Business Journal. She was also honored by the Kansas City Care Network as “A Leader with Vision.” Brenda was asked to chair the Board for MAST (Metropolitan Ambulance Services Trust) by the Mayor at the time, Mayor Kay Barnes, and served from September 2004 to May 2009.

Brenda served on the MS Society Board of Directors as a member, then Chair of the Development Committee; she was a member of the Missouri Coalition for Primary Health Care. Likewise, Brenda was appointed President of the Greater Kansas City Mental Health Foundation Board and selected as a legislative committee member for the National Association of Community Mental Health Centers, the Homeless Care Task Force, the community-wide HIV/AIDS program, and served on the Mayor’s Minority Health Task Force.