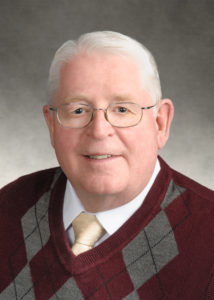 A fundraiser for more than 40 years, John F. Marshall has raised millions of dollars to further the missions of nonprofits in the higher education, health care and social services sectors.

Proud of his heritage as a “son of the regiment,” John began his fundraising career with The Salvation Army in New York City where he was recognized for his work by the Planned Giving Group of New York. He served as Director of Development for The Salvation Army’s Greater New York Division where, under his leadership, the Army excelled in the management of a fully integrated development program.

John’s extensive background includes new donor acquisition, endowment development, leadership training and board management. As foundation president of two Oklahoma City-based hospital systems, INTEGRIS Health and SSM of Oklahoma, John motivated staff and volunteer leadership to implement fundraising best-practices. While in Oklahoma City, he was honored by the Oklahoma City Chapter of the then National Society of Fund Raising Executives as its Fundraiser of the Year.

In addition to his expertise in ongoing resource development, John has experienced significant success within the capital campaign arena. He was integrally involved in two capital campaigns at Michigan Technological University and Michigan State University, which surpassed their respective goals of $50,000,000 and $250,000,000. He also served for three years with Fletcher Allen Health Care in Burlington, Vt. where he developed a nationwide network of volunteers and lead the hospital’s $30,000,000 capital campaign.

Prior to receiving his Bachelor of Sciences Degree in Applied Behavioral Sciences from George Williams College, John served in the U.S. Army in the Republic of Vietnam. He studied fundraising at the New School of Social Research in New York City and is a graduate of several philanthropy tax and fundraising institutes.

John has served on several civic and nonprofit Boards throughout his career.