Jeffrey Byrne + Associates, Inc. is proud to be a charter member of the #GivingTuesday national consortium of individuals, nonprofits and corporations that support the idea of giving time, talent and treasure on a global day dedicated to giving back. JB+A is also a proud member of The Giving Institute, most recognized for embodying the values of ethics, excellence and leadership in advancing philanthropy.

On Friday, December 5, The Giving Institute hosted a webinar revealing preliminary results, a sampling of success stories and important takeaways from #GivingTuesday 2014. We are pleased to share some highlights of this webinar and celebrate the success of #GivingTuesday 2014 with you. We encourage you to begin thinking about how you will be a part of this powerful, annual tradition next year.

The early results are in. The third year of #GivingTuesday set another milestone in giving: an estimated $45.68 million in online donations were made on December 2, 2014 – an increase of nearly 63% over 2013.

The original objectives of the #GivingTuesday Founders are certainly being achieved: to inspire philanthropy and encourage bigger, better and smarter charitable giving during the holiday season.

The figures illustrated below are estimates provided by The Case Foundation. It is important to note that while it is not possible to state with absolute certainty the actual numbers from #GivingTuesday, the growth trend is clear. 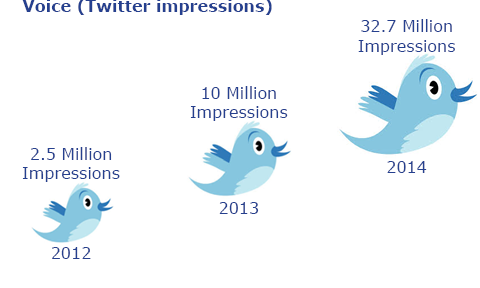 …and the #GivingTuesday community is growing. 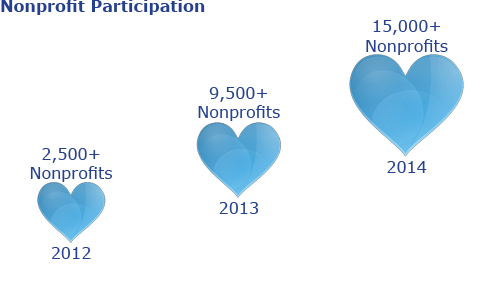 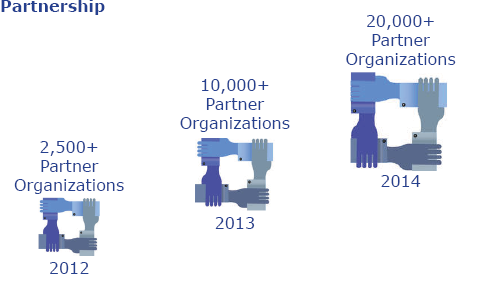 Success stories abound: check out the #GivingTuesday website for hundreds of heartwarming accounts of giving back.

So what does all of this mean?

But the growth of this phenomenon is unmistakable.  The opportunities for nonprofits to benefit from this collaborative culture of giving and service are tremendous. #GivingTuesday is not a random occurrence, nor a fad movement that will disappear as quickly as it emerged. The value of #GivingTuesday is without question. #GivingTuesday is here to stay.

A Giving USA Spotlight report on the trends and impact of #GivingTuesday will be released on Tuesday, Dec. 17. Stay tuned to JB+A for more information.

Make the commitment to be a part of 2015’s #GivingTuesday success. Download the 2014 JB+A #GivingTuesday Toolkit for tips on how to start planning for 2015 now!