“So it is not enough to look back and admire wildness as our heritage, we must look forward to it as well.” 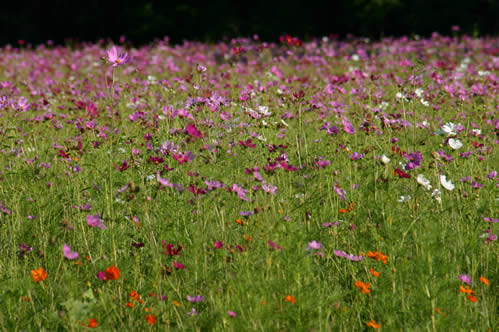 Founded in 1951, The Nature Conservancy works in more than 35 countries and in all 50 United States to protect ecologically important lands and waters on which all life depends.  With more than 119 million acres and 5,000 river miles of protected areas around the world, the Conservancy is the leading conservation organization that addresses the most pressing conservation threats at the largest scale.

The Nature Conservancy in Kansas is the largest conservation organization in the state.  Through its partnerships with universities, land trusts and private landowners, the Conservancy helps protect a valuable cross section of Kansas.  Since 1989, the Kansas Chapter has maintained an impressive history of conservation initiatives, and has protected more than 95,000 acres of land across the state, including tallgrass, mixed-grass and shortgrass prairies and wetlands.

But in late 2004, Kansas risked losing the Tallgrass Prairie National Park, the only land-based National Park in the state and the only privately-owned national preserve in the country.  The preserve’s private partner was facing financial difficulties and the possibility of selling portions of the land to satisfy debt and other liabilities.  Refusing to lose the treasured Park and the tourism and recreation opportunities it would generate for Kansas, The Nature Conservancy in Kansas assumed lead fundraising responsibility and purchased the preserve, protecting the unique ecosystem and ensuring it would exist for education and inspiration into perpetuity.

Jeffrey Byrne + Associates, Inc. is proud to have partnered with The Nature Conservancy in Kansas, to prepare for and conduct a capital campaign to help the Conservancy continue to fulfill its mission of preserving the most important biologically diverse areas in the state and increase its capacity to meet the ever-growing challenges of conservation work:

Encouraged by positive feedback from the feasibility study, recognizing the advantages of a favorable economy and strengthened by the advocacy of then-Governor Kathleen Sebelius and former United States Senator Nancy Kassebaum Baker, the Conservancy set an $11 million goal for fundraising and in 2005, The Kansas Prairie Legacy Campaign began.

A passionate and creative Steering Committee of industry leaders and public officials helped open doors and maintain the project’s high profile.  In addition to a $1 million cash gift and several $500,000 gifts and pledges, the campaign received a $750,000 grant from the prestigious Kresge Foundation.  In just three years, more than $11.4 million had been raised, in addition to approximately $8,000,000 of in-kind and land easement contributions making a final campaign total of nearly $20,000,000!

The success of The Kansas Prairie Legacy Campaign not only made a lasting impact by preserving Kansas environmental treasures for years to come, but it also inspired the Conservancy to set its sights even higher:  Our Kansas Prairie Legacy: The Next Steps is currently underway, to raise $5 million in cash to preserve an additional 50,000 acres of cherished native Kansas landscapes.

“I would never do a campaign without fundraising counsel. Good counsel will help you figure out the real feasibility of the project and how much you can accomplish. Jeffrey Byrne thought outside the box, and helped us develop the components of the campaign that led to our success.”

– Rich Bailey
Director of Philanthropy, The Nature Conservancy in Kansas