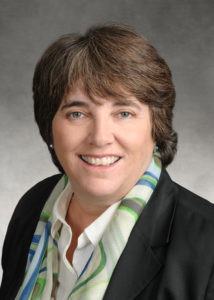 A Kansas City native, Lisa has more than two decades of experience with fundraising and more predominantly, grant writing. Lisa began her career on Capitol Hill as a Congressional staffer and has served in various fundraising positions on Congressional and Senatorial political campaigns in the Midwest and on the East Coast.

Following her Congressional work, Lisa returned to her hometown, where she worked for the University of Missouri-Kansas City (UMKC). Lisa led numerous community projects and collaborative plans involving the National Association of Community Health Centers, the Jackson County Prosecutor’s Office, the Kansas City Missouri Police Department, Troost Midtown Community Center, the National Collegiate Athletic Association and others. Lisa has established and continues to develop extensive connections at the local, state and federal levels, and has built steadfast relationships with top funders.

Lisa served as Development Director for The Humane Society of Greater Kansas City, where she was responsible for a successful $2,000,000 capital campaign. Lisa’s work ethic and diversity in the fundraising sector landed her in Ingram’s Magazine as an honoree for the 2001 “40 Under Forty.” It was her dedication and close ties to her community that led her to return to her high school alma mater, The Barstow School, in Kansas City, Missouri. As Director of Development, she was responsible for all fundraising, including annual giving, capital campaigns and planned giving as well as alumni affairs and internal/external communications.  While at Barstow, Lisa was the recipient of Special Service Award.

Lisa is a highly sought presenter for numerous classes, workshops and training seminars on fundraising and grant writing. Lisa’s community volunteer work is a testament to her personal tenacity in gifting her time, expertise and resources to assist organizations that unify the community and support the underserved.  Lisa has served as a Board member on the Greater Kansas City Sports Commission and the Women’s Intersport Network for Kansas City (WIN for KC), Calvary Community Outreach Network, the Bruce R. Watkins Cultural Heritage Center and Jackson County Board of Domestic Violence. She was appointed by Governor Jay Nixon to serve on the Kansas City Board of Police Commissioners before becoming President of the Board.

Lisa obtained her Bachelor of Arts and Science degree from American University in Washington D.C. in 1986, where she also lettered in women’s basketball as a NCAA Division I athlete.