A Remarkable Act of Generosity

By John MarshallMarch 12, 2018Donor Cultivation, Fundraising, Major Gift Solicitation, News You Can Use, Stewardship
No Comments 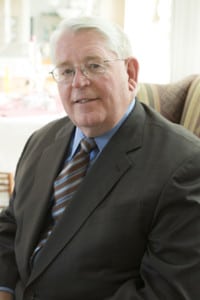 We have all heard about donors making million-dollar-plus gifts and the impact such generosity had on the recipient charity. Americans are clearly the most generous people on the face of the earth with million dollar gifts occurring annually in the thousands.

Like most fundraisers, I think about what truly motivates a person to give that much away and what I can do to secure such a gift for my clients. There is no doubt a worthy organization with a particularly compelling need can be successful in attracting seven-figure gifts. But, I have found over the years, that what is almost as important is taking the time to get to know your donors and paying particular attention to “the little things.”

I’ll never forget a meeting I had very early in my career with Dr. John Hanna, former president with Michigan State University and one of the most beloved figures in the history of that school. After about a 10-minute conversation he concluded our time together by giving me some sage advice: “John, whatever you do while you are here at MSU, don’t ever forget that people always come first. If you pay attention to them and show you care every bit as much about them as you do their philanthropy, well, truly wonderful things can happen.” It was a lesson I have carried with me ever since.

Some time ago, I was reminded of what Dr. Hanna had said while I was working with The Salvation Army in New York City, one of the Army’s largest divisions in the world.

In early December, The Salvation Army’s Greater New York Division holds its Annual Christmas Luncheon. The luncheon attracts a crowd of approximately 1,600 and serves as the official “kick-off” to the Army’s Christmas Campaign in New York City. It also is an event where individuals are publicly recognized for their extraordinary support to The Salvation Army. Since 1948, luminaries such as General Dwight D. Eisenhower, Catherine Marshall, Dr. Billy Graham, Helen Hayes, Bob Hope, Nancy Reagan, Rudolph Giuliani, Yogi Berra and many others have received the Army’s prestigious Pinnacle of Achievement Award.

In 1993, Mr. & Mrs. Smith, an elderly couple who had for years been very generous donors, were chosen to receive the Army’s Community Service Award. Shy of being in the spotlight, Mr. Smith chose not to attend but his wife Lois did and joined a very distinguished group of VIPs including Mrs. Margot Perot, wife of the noted philanthropist. After receiving the award, Lois spoke very humbly about being honored and simply stated that she and her husband dearly loved the Army and its work with the underprivileged.

The following year, one of the worst hurricanes in history struck Florida, precariously near the home where the Smiths spent their winters. Knowing they were in Florida, we decided to have the Divisional Commander (the Army’s equivalent to a CEO) call the Smiths just to say hello and to ask if they were safely weathering the hurricane.

Lois answered the call and was quick to express her appreciation for the Colonel’s call and to say that she was safe. She also shared with him that just two months earlier, her husband had passed away from a heart attack.

Prior to the conclusion of their conversation, the Colonel asked if he could offer a prayer for her during which Lois openly wept. When he concluded, she said “Colonel, when I return to the city could you please visit me in my home?” Of course, he agreed to do so without reservation.

Several weeks later, the Colonel and I were sitting with Lois in her beautiful and very posh Upper East Side penthouse home. In fact, being very private people, this had been the very first time a representative of the Army had been in her home.

“Colonel,” Lois said, “I can’t thank you enough for your phone call. That was a very difficult time for me and it meant so very, very much to me. I would like very much to make a gift in honor of my husband. Can you please give some thought as to how a seven-figure gift might be put to good use? I am particularly interested in something that will benefit children.”

A series of more visits, conversations with her financial advisor and a site visit to two locations in the Bronx followed.  We showed her two daycare centers that were in dire need of significant renovations. She soon became very interested in helping with these particular facilities and asked that we put together a request that would completely cover the cost of the renovations.

Several weeks later, back in her home and in the presence of her financial advisor, the Colonel and me, Lois signed an agreement outlining the specifics of her gift and how it was to be utilized.

Her gift was for $10 million, at that time the largest gift from an individual the Army had ever received in New York City.

Now, I am absolutely certain that honoring Lois and her late husband played a role in her making such an extraordinary gift. But I am just as certain the Colonel’s phone call, reaching out to her in a time of crisis, was even more of a factor.

The truly successful charities in the world are those which understand that stewardship is far, far more than just sending out a timely thank you letter. As Dr. Hanna said, “Don’t forget that people come first.”  It can make a huge difference – just ask The Salvation Army in New York City.