A Simple Standard for Ethics in Philanthropy

By Heather EhlertMarch 27, 2019All Posts, Commentary, News You Can Use
No Comments 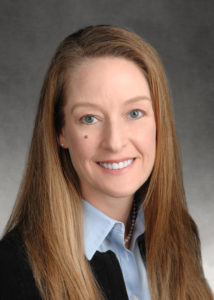 As if March Madness and the NCAA recruiting investigations weren’t enough of a distraction, the recent “varsity blues” scandal has people talking about ethics in giving (rightfully so).  Some folks are intensifying their criticism of large-scale gifts to colleges and universities (“the best and most-endowed institutions just get wealthier…”).  Others are introducing legislation (eliminating the tax deduction for donations to a college where the donor’s child is – or will be – attending).  While most of us probably don’t function in this type of mega-donor/quid-pro-quo world, recent events serve as a reminder that both sides – the givers and the receivers – should pause for a moment and reflect about their role in philanthropy.

Resource development professionals are consistently reminded about donors’ rights, standards for ethical fundraising and transparency. (See The Donor Bill of Rights and Code of Ethical Standards developed and endorsed by AFP and Guidestar’s recent research on transparency.) For donors, the ethics of giving are a bit more complicated (check out Todd Lechterman’s piece in The Conversation, for example.)

What guidelines exist for BOTH sides of the equation?  I did some quick online research but didn’t find any clear-cut answers.  A mental epiphany reminded me, however, of Rotary International’s Four Way Test of the things we think, say and do.  It’s nonpartisan, nonsectarian and most importantly, universal:

If both fundraisers and donors asked themselves these four simple questions while preparing to solicit a gift and when preparing to make contributions – and were completely candid in their responses – would we have more confidence in our giving and receiving?  …And have fewer cases of the philanthropy blues?