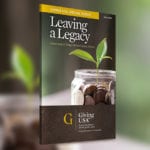 Giving USA Foundation released a special report on planned giving highlighting the need for more information on this growing area of philanthropy. Leaving a Legacy: A New Look at Planned Giving Donors reveals key trends, motivations, and information that will help nonprofit organizations work more effectively with these donors.

The study features research from a team led by Elizabeth J. Dale, PhD, Assistant Professor of Nonprofit Leadership at Seattle University using data from a survey with more than 860 donors interested in planned giving and interviews conducted in early 2019.

The report is robust and offers a number of important takeaways for nonprofits looking to make the most of the $68 trillion ‘Great Wealth Transfer’ over the next 10-20 years, but the Byrne Pelofsky team has read the report for you and here are our most important takeaways:

Consider the Age of Your Donors

The average age donors wrote their first will was 44 years old and almost all (91.6%) used a legal advisor to write their wills. Over half (53%) of donors established their first planned gift at the time of writing their first will.

The top three motivations donors cited for making a planned gift were: the importance of the cause; the belief that the nonprofit makes a significant impact; and the donor’s ability to make a larger gift through an estate gift than during the donor’s lifetime.

Many of the study’s donors had long histories with the organizations they are supporting in their estate plans. More than 50% of them had been donors for longer than 20 years.

Consider the Potential of Planned Giving as a ‘Giving Amplifier’

7% of planned giving donors say their annual gifts to the organizations they support increased after making a planned gift.

For more information on data on today’s planned giving donors, visit the Giving USA Foundation website and download the full report. When you are armed with the data, you can craft more effective messages and develop updated strategies for your planned giving program.