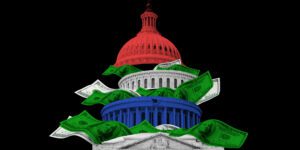 Congressional earmarks have proven to be widely popular and don’t seem to be going away any time soon. Last year, the combined House and Senate earmark funding went from $9.9 Billion (FY 2022) to $16.7 Billion (FY2023), with significant increases from both House and Senate. (Source: Zach Courser, Ph.D., Fellow, Bipartisan Policy Center).

Known in the House as Community Project Funding requests (CPF) and in the Senate as Congressionally Directed Spending (CDS), Congressional voting has supported keeping the popular and transparent funding model in place. This allows federal legislators to make an impact in their districts and make good on campaign promises much faster than legislative procedures.

There are two critical timelines to follow for submission to legislators for the next round of FY 2024 earmarks – both are imminent. According to Integer, LLC, a Washington, D.C. advocacy and policy firm, the House is reviewing applications now through February and the Senate will review applications mid-February through March.

This represents an immediate opportunity to get in front of legislators, new and old, make your organization known to them, educate them on your needs and rally their support around your organization’s work and mission. According to Steve Taylor with Integer, community support was a leading indicator of success for earmarks in the past. At least two letters from key community leaders go a long way, according to Taylor.

In summary, election results are consistent driving forces for elected officials. Giving them something important to fund may be just what they are seeking in this critical time.