Donor-Advised Funds: Stronger than Ever 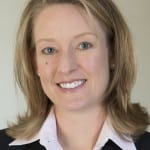 As fundraisers and nonprofit managers, we know donor-advised funds (DAFs) have become a very popular – albeit somewhat controversial – giving vehicle in philanthropy. Their role in shaping the charitable landscape continues to grow, as evidenced by recent data reported by both commercial and community foundations about their donor-advised funds in 2017.

Fidelity Charitable, for example, has operated as an independent public charity since 1991 and currently sponsors the nation’s largest DAF program. It is also the nation’s second-largest grant maker, behind the Bill & Melinda Gates Foundation. In its recently released 2018 Giving Report, Fidelity Charitable shared the following information and insights about the behavior of its nearly 180,000 donors in 2017:

Fidelity Charitable also shared some of the factors behind this DAF activity:

Not surprisingly, 2017 saw an emphasis in donor giving from Fidelity Charitable Giving Accounts in response to natural disasters. The American Red Cross made the top of the charity recipients list and Samaritan’s Purse made the list for the first time. The Salvation Army, Habitat for Humanity, Oxfam and UNICEF also say increases in giving, most likely due to natural disasters, especially those that happened in late 2017. Impact investing was also noteworthy in 2017 – Fidelity Charitable made more than 4,000 donor recommended grants totaling nearly $19 million. Donors are also requesting more frequently that their Giving Account balances be invested in Fidelity Charitable’s impact-investing pool.

And of course, there’s the flip side to DAFs:  costs to society in tax revenue, oversight and payout requirements, treatment of sponsoring organizations versus community foundations and the overall impact on donors, nonprofits and other forms of giving.

Most importantly, nonprofits should position themselves to work with and benefit from this giving vehicle. DAFs aren’t going away. So don’t forget some basic DAF best practices:

Don’t miss The Giving Institute’s Live Webcast of “The Data on Donor-Advised Funds: Insights You Need to Know.”  You can expect to have your most pressing questions about donor-advised funds and how to incorporate this giving vehicle into your fundraising plans answered.