Midterms, the Charitable Sector + the Voter 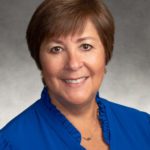 Forecasting an election in today’s political environment is no easy task. Pundits swing both ways and unfortunately, leave us with more questions than answers. Target Point consulting recently interviewed 1,000 registered voters nationwide to get a feel for the prevailing views on nonprofits in relation to public policy. The results were mixed.

On the positive side, 85% of voters support restoring the universal charitable deduction permanently including 45% who strongly support it. A majority 84% of voters feel government could solve issues in local communities more effectively if nonprofits had an official seat at the table. Over 75% agree nonprofits and policymakers should receive regular data about the nonprofit sector workforce. Additionally, 60% of voters are more likely to support a nonprofit who helped them advocate for an issue they care about or who did so on an issue impacting their community. Spelling some concern for nonprofits, however, is the impact inflation is having on the mindset of donors as 49% said they plan to donate less this year than last. However, last year was a banner year for donations, so that does not necessarily spell doom for most nonprofits. In fact, according to Dr. Patrick Rooney, Executive Associate Dean for Academic Programs at the Indiana University Lilly Family School of Philanthropy, Giving USA 2022 shows more people donate to nonprofits than vote for president. “People are more committed to our civil society than our political one,” he said in June 2022 while presenting the annual Giving USA report at Nonprofit Connect’s 501c3 National Speaker Series.

There are certain policies the nonprofit sector will want to keep an eye on, no matter what the result. According to Washington, D.C. consultant, Sara Bara ( Vice President, Integer), the Universal Charitable Deduction package will remain a priority no matter which way the election swings as it enjoys broad bipartisan support. She feels there will be efforts to get it permanently extended.

The ACE Act (Accelerating Charitable Efforts Act) restructures rules governing private foundations (PF) and donor advised funds (DAFs) regarding timing issues around donor tax deductions when funding a DAF or PF versus when the nonprofit receives the grant. Sponsored by Sen. Angus King (I-ME) and Sen. Chuck Grassley (R-IA), it would make certain changes to the rules for the excise tax on undistributed income of private foundations and would exempt certain private foundations from the excise tax on investment income. It is generally considered to be disadvantageous to the nonprofit sector. The ACE Act does not enjoy bipartisan support and Bara feels in the post-mid-term Congress, anything with too much angst will be difficult to move through the second half of the administration’s term as eyes will be on the 2024 campaign season.

One thing is for certain, it will be a large freshman class in Congress with lots of new members. Nonprofits would do well to get in front of candidates now and make themselves known so they can hit the ground running next year.  Both sides love earmarks. In 2022, 1,700 non-profits received $1.7 Billion in funding. There is similar money in the 2023 appropriations bill being reviewed now, so that represents a good opportunity for those who can garner the attention of congressional representation.